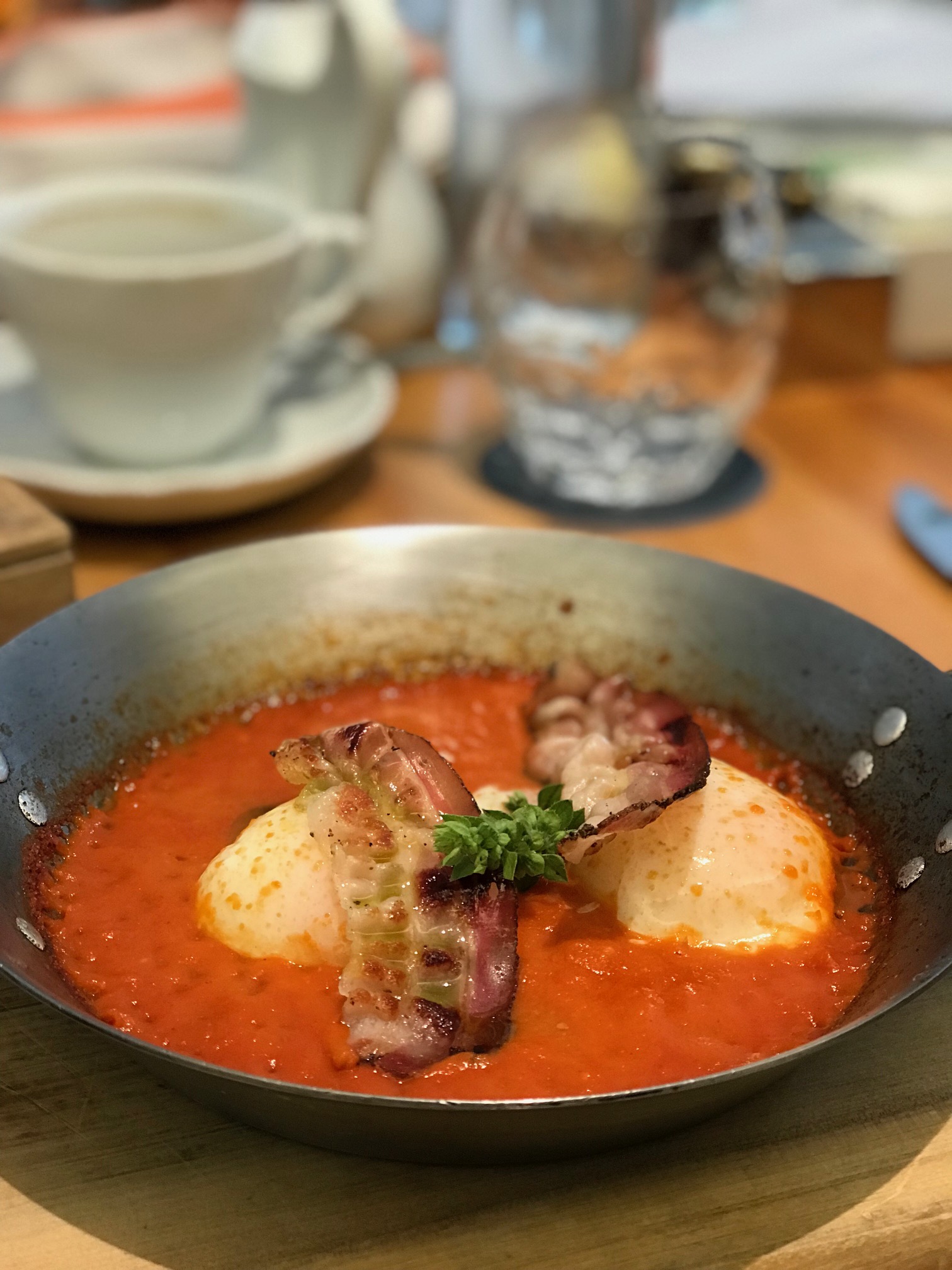 As we made our way to Colombia for ’50 Best Talks’ and ‘Latin America’s 50 Best Restaurants Awards’ 2017, it only made sense to invite Chef Virgilio Martinez of Central Restaurant to have brunch with us.  Being the amazing human that he is, on his only day in the city, on the morning of Awards, he agreed to join.

Reeling with excitement, one month ahead of our journey to Colombia, we scrambled to find quiet, private dining for the morning of October 24, 2017. We reached out to several hotels and restaurants in Bogotá, but most didn’t offer private dining, and of the few that did, none of them responded quite as warmly as Mariangella Londono and Paula Gamboa from The Four Seasons.  As luck would have it,  we received the most favorable response from the wonderful folks at Casa Medina nestled in ‘Zona G’ (G for Gastronomy) within Bogotá’s Financial District.

This wasn’t just any breakfast date, our hero and good friend, Latin America’s No. 01 Chef for 3 consecutive years through 2016, recipient of the coveted “Chef’s Choice Award” 2017 was our guest of honor.

What do ‘best chefs’ eat? We pondered. Worse case scenario,  we hope Chef Martinez would be okay with ‘to-go’ coffees and day-old-doughnuts. <wink, wink> When we first set this up, the conversation was our primary order of business with food as an afterthought, but little did we know that Four Seasons Casa Medina was bringing their A game with an acclaimed chef of their own boasting a Michelin background. 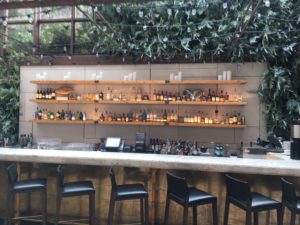 In addition to providing private dining space, The Four Season’s Restaurant CASTANYOLES put together a most impressive tasting menu that Chef Martinez seemed to also enjoy very much. We certainly did! The kitchen of CASTANYOLES is helmed by Carmine Esposito (pictured) whom we sat talking with afterward and wanted to share a few details of the day’s cuisine as well as his journey as a chef.

While originally born and raised in Italy, Carmine fell in love and married a Colombian bride prompting his relocation to Bogotá.  Before love re-calibrated his geographical-compass, Carmine worked with Hong Kong’s restaurant Cucina between 2009 to 2015 in luxury hotel chain Marco Polo.  At Cucina, he received an award as one of the best 100 Asian Restaurants, and in 2011, the distinction of the restaurant appeared in the Michelin Guide. Chef Carmine brings influences from the Mediterranean and Asia combining techniques with local Colombian ingredients.

Restaurant CASTANYOLES has a deep desire to be recognized as one of the finest dining restaurants in Bogotá and with the service, location, ambience and cuisine offered, we concur Chef Carmine is well on his way to prominence once again.

Chef Carmine’s standout dish is worthy of a share, showcasing his Italian upbringing, served in a traditional way with local ingredients including bacon that he himself cured.

Chef Carmine presented his ‘egg with tomato sauce’ dish table-side to which Chef Martinez responded, “nice!” as he waived the basil sprig in the air.

Watching this exchange, we couldn’t help but smile as respect for each man’s craft was acknowledged in a moment’s time.  We captured it all on Instagram.

The breakfast menu closed playfully with this cigar box of ‘Petit Fours’. Dainty pastries with Colombian coffee. We ended up with those ‘to-go’ coffees and day old doughnuts after all – in the sense that we boxed up what we didn’t finish and devoured the miniature doughnuts the following morning.

The pacing of the meal was superb as the staff was respectful of the focused conversation while Chef Carmine nourished us with delicious bites in a beautiful setting. The restaurant is prepared to host a broad range of diners from vacation travelers to business executives and everyone in between.

Historically, Bogotá has been under-appreciated as a culinary stop on the food-map, but that vision is changing as the city is vastly becoming a destination for food-lovers (like us!) from around the world.

We travel the world in pursuit of excellence and we are here to tell you that the absolute best cuisine and best experiences do not merely exist within the United States and Europe.  South America rivals both North America and Europe in terms of gastronomic excellence. Some of our most fulfilling endeavors  and highest standards of ‘fine dining’ have been transacted in Cusco, Lima & Bogotá.  There is so much soul in South American cooking, that we can’t go anywhere else and be quite as satiated (well maybe to Bilbao to see Chef Josean Alija and Eneko Atxa).  Through our travels, we have discovered that Latin and Spanish cultures have a way of seducing the heart and stomach. Don’t believe us? Go see for yourself.

Check out the 2017 Latin America’s 50 Best Restaurant’s List ( here ) and use it as a guide when planning your trip.

It doesn’t get any more luxurious than this boutique version of The Four Seasons! Unlike the typical steel monstrosity of a freshly built hotel in the United States, the Casa Medina location of The Four Seasons Bogotá is constructed of stone and brick on a massive estate which is so strikingly beautiful and historic (almost like a Bed and Breakfast) that the site has been declared  a ‘Monument of Interest’ by the Colombian Ministry of Culture. After snooping about in the seemingly endless corridors with natural light radiating through the courtyard’s atrium, we sat within its walls of rich history. We can see why the location is a point of interest; a stunning hotel indeed.

Note: There are two Four Seasons (same company) in Bogotá located within roughly four miles of each other, both 5-star luxury hotels with differing culinary focuses.  One is in the Financial/Gastronomy District going by the name of ‘The Four Seasons Casa Medina’ and the other is called ‘The Four Seasons Bogotá’. The Medina FS restaurant is oriented towards Mediterranean cuisine with both public and private dining space available whereas the Bogotá FS restaurant offers a new and exciting concept called NEMO by Harry Sasson*.  Restaurant NEMO focuses on family style portions with an ‘international bar and grill’ vibe; we did not have an opportunity to visit the Bogotá location, but we look forward to a future visit.

*It is noteworthy to mention that Chef Harry Sasson is ranked No. 17 on Latin America’s 50 Best Restaurants list for 2017 for his crown jewel restaurant, HARRY SASSON.  Both the Casa Medina and the Bogota location of The Four Seasons are acclaimed for their culinary excellence.

Pay It Forward. Eat The World.

We had all of our favorite aspects at the breakfast table – our beloved Virgilio Martinez, the No. 01 chef in Latin America from 2014 – 2016 / No. 05 World’s 50 Best Chef for 2017, haute cuisine, gorgeous surroundings, and almost two- hours of meaningful conversation about life, cooking, parenthood, foraging, fame & the future of gastronomy.

Happy hearts, full bellies – the real deal.  Stay tuned as we share details from our exclusive conversation with Chef Virgilio Martinez in the coming days.

Since returning from Bogotá, we are already in the midst of helping one of our followers with a travel & food itinerary to Peru this winter.  Pay it forward.  Eat the world.  Feel free to steal our food-itinerary for Peru as well.  You can click here.

We have a lot more to say about Colombia and will be posting soon about Restaurant Leo, No. 18 on Latin America’s 50 Best list for 2017 along with Criterion (formerly on the World’s 50 best list) and Restaurant El Cielo.

Download our e-book!  We share our secrets for how we travel the world and eat famous without breaking the bank.